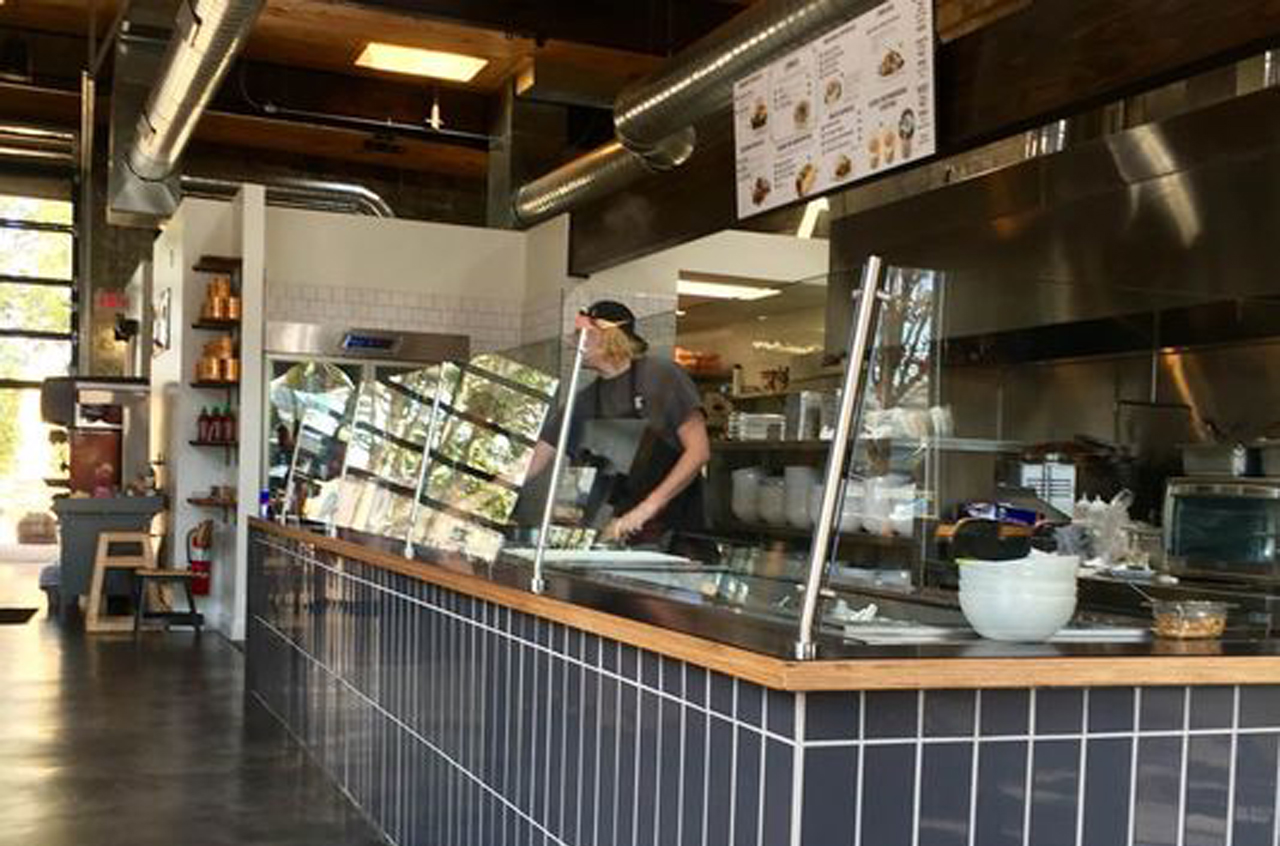 The response has been overwhelming, said Stewart Davis, a partner in the restaurant with Jessica Mach. One diner has come in every day since they opened while several others are eating their way through the menu. A favorite out of the gate was their beef pho.

Mach draws inspiration from the pho served in her childhood home in Vietnam. “It’s comfort food,” she said. “In every corner of Saigon you can find it.”

Davis said there is a “debate whether pho is a soup or noodle dish and the answer is whatever you think it is. Most traditionalists come down on the side of the noodles.”

But the broth is critical. “You have to give it the proper amount of time and to do that you have to have the proper setup. I knew [this restaurant] was real was when I bought a 60-pound kettle.”

The pho is served with accompaniments including fresh herbs such as Thai basil, bean sprouts, lime, hoisin sauce, sriracha and fresh jalapeno.

“You don’t have to eat the jalapeno but when you put it in the hot broth, the fragrance, the flavor comes together,” Mach said. In Vietnam, pho is often served with an abundance of herbs; while most diners here don’t prefer that, she said, she will serve it that way to those who ask.

Every other day or so Mach prepares the broth, using nearly 70-pounds of beef bones as well as traditional spices such as star anise and coriander that she first roasts to draw out the fragrance. The smell of the broth – along with bread baking – greets diners as they enter the open space (half of which is devoted to the kitchen).

Everything is made in-house, Davis said. Mach chops vegetables four-times a day so that she can serve them at their freshest, she added.

Crowds surge at lunch, but “evenings are better than I could have hoped for,” Davis said. “They come from downtown at lunch and come back for dinner with their spouse.”

Wine, cocktails and draft beer are available, and a shaded patio out back serves as a beer garden.

They’re working out kinks in these early days, Davis said, but expect to expand hours. And a Sunday brunch may be on tap soon that could include fresh baked pastries and a crepe station.

Link to Original Article From Courier-Journal.com