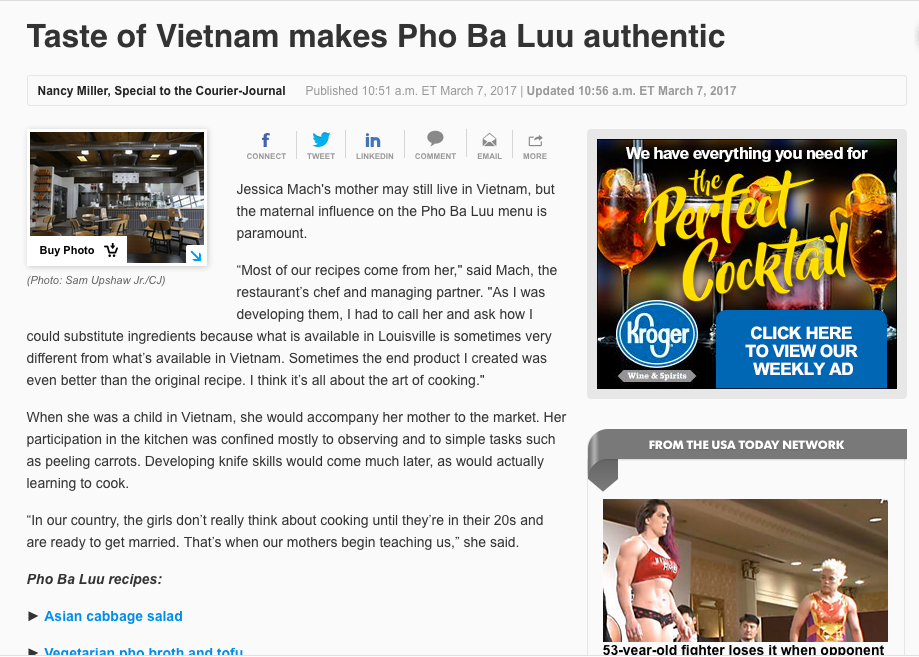 Jessica Mach’s mother may still live in Vietnam, but the maternal influence on the Pho Ba Luu menu is paramount.

“Most of our recipes come from her,” said Mach, the restaurant’s chef and managing partner. “As I was developing them, I had to call her and ask how I could substitute ingredients because what is available in Louisville is sometimes very different from what’s available in Vietnam. Sometimes the end product I created was even better than the original recipe. I think it’s all about the art of cooking.”

When she was a child in Vietnam, she would accompany her mother to the market. Her participation in the kitchen was confined mostly to observing and to simple tasks such as peeling carrots. Developing knife skills would come much later, as would actually learning to cook.

“In our country, the girls don’t really think about cooking until they’re in their 20s and are ready to get married. That’s when our mothers begin teaching us,” she said.